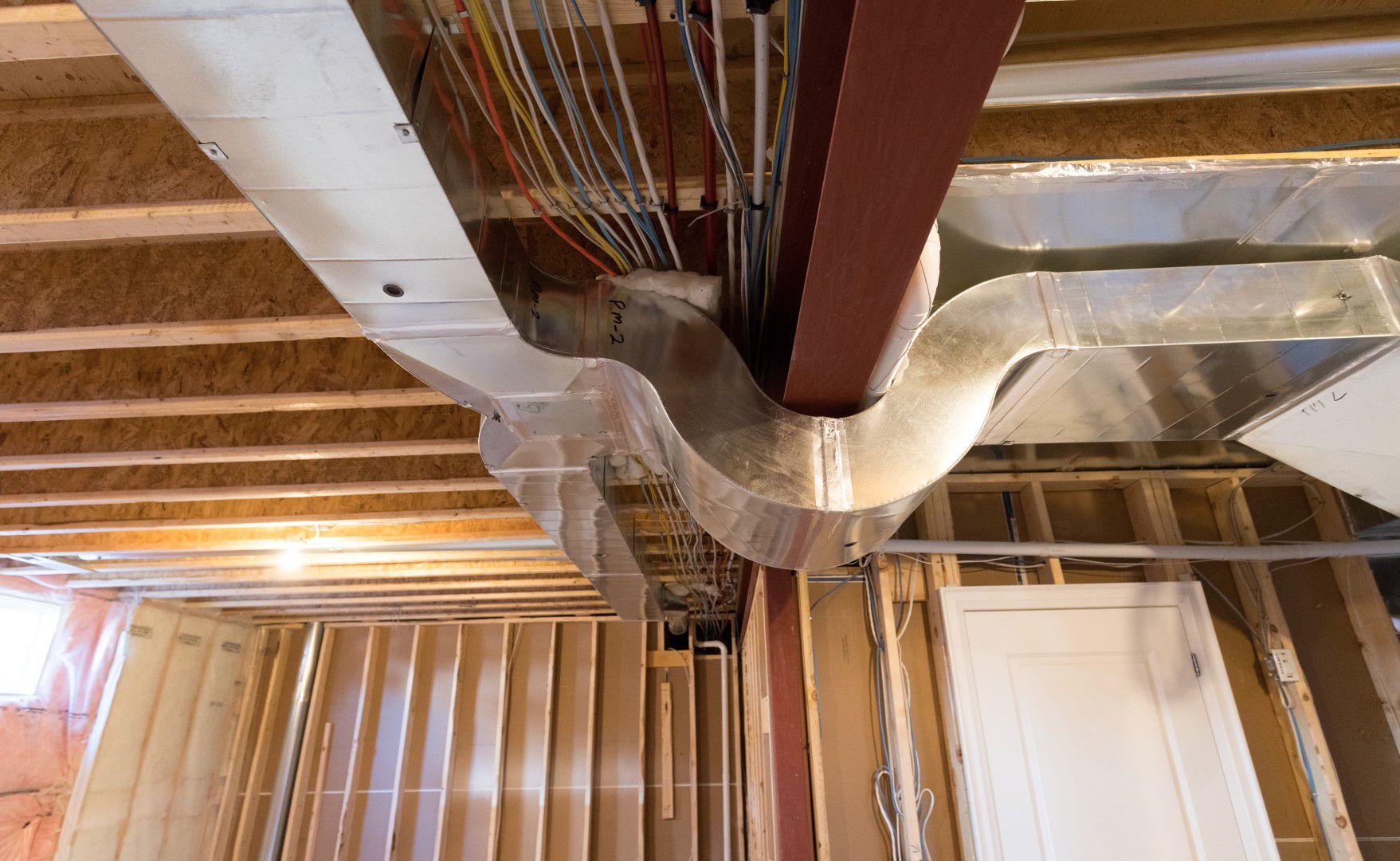 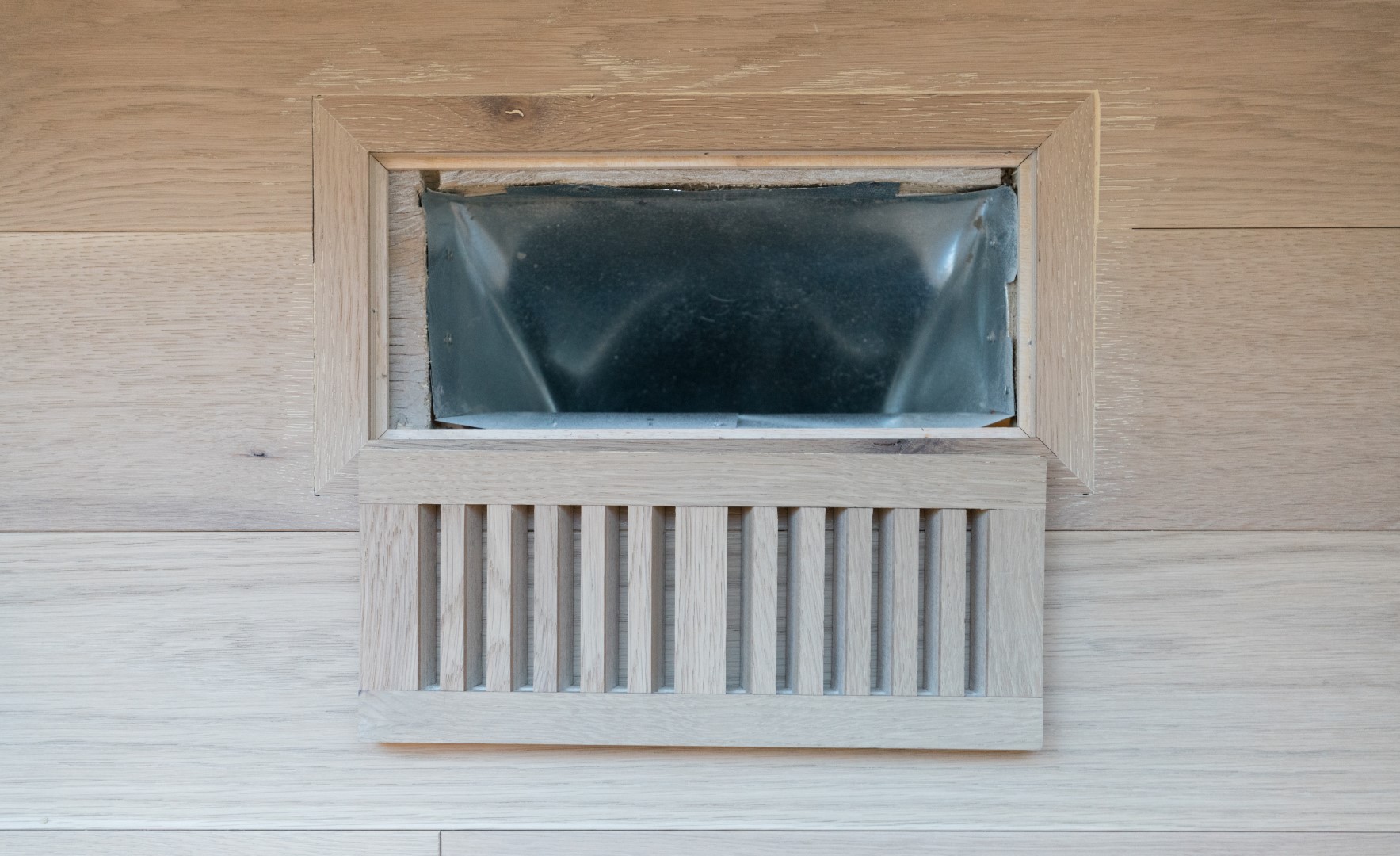 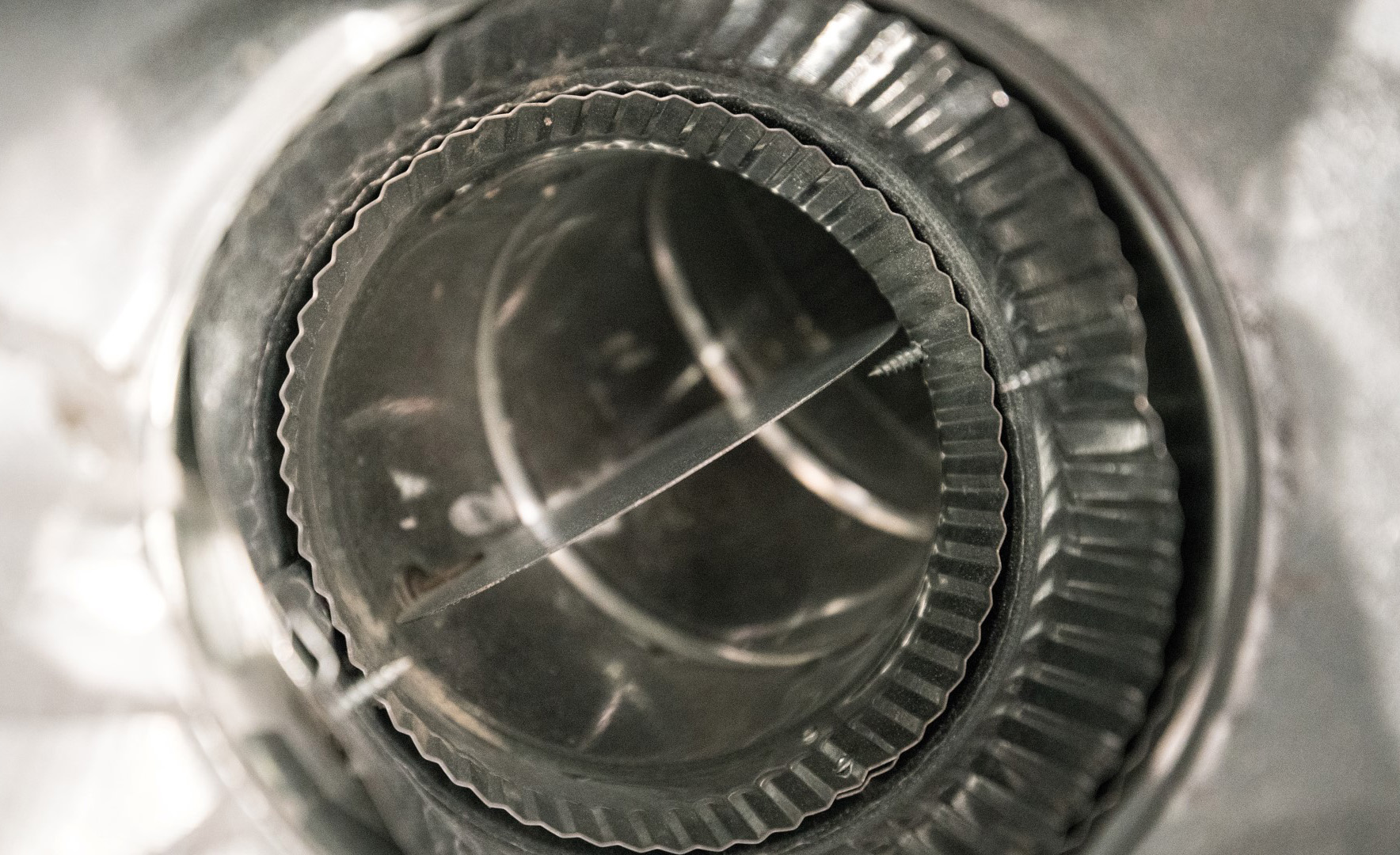 Did you know that effective March 2003, TSSA (Technical Standards and Safety Authority) regulations mandate: “if a Furnace is used for construction heat, the Contractor is required to clean the furnace & associated duct work”?

In houses with forced-air heating and cooling systems, ducts are used to distribute conditioned air throughout the house. In a typical house, however, about 20 percent of the air that moves through the duct system is lost due to leaks, holes, and poorly connected ducts. The result is higher utility bills and difficulty keeping the house comfortable, no matter how the thermostat is set.

How do you know that your home has poorly performing ducts?

A duct system that is well-designed and properly sealed can make your home more comfortable, energy efficient, and safer.

Because ducts are often concealed in walls, ceiling, attics, and basements, repairing them can be difficult. But there are things that you can do to improve duct performance in your house.

Some homeowners choose to take on duct sealing as a do-it-yourself project. Start by sealing air leaks using mastic sealant or metal tape and insulating all the ducts that you can access (such as those in attics, crawlspaces, unfinished basements, and garages).

Never use duct tape, as it is not long-lasting. Also, make sure that the connections at vents and registers are well-sealed where they meet the floors, walls, and ceiling. These are common locations to find leaks and disconnected ductwork.

“Everyone should always clean their air ducts at least once, because during the original construction of your home, there is drywall, sawdust, nails and all kinds of trash left over from the construction that can get down into you air ducts and then over period of years dirt and dust get wraps around that.

People have the mistaken notion that when they move to a new home, its actually been cleaned. In reality they may clean your carpeting, your windows your walls but the dirtiest part of the home is your air ducts and that's the part that gets neglected.

Unless you specifically have requested that you air ducts get cleaned then chances are they’re dirty. At the very least you should clean them once and after that it depends on personal preferences; whether you have pets with pet hair, you live in a dusty outdoor environment, or you have people with allergies or asthma.

On average people clean their home air ducts every 3 to 5 years.”

Is air duct cleaning worth it?

Linda Wetzel says she was skeptical about air duct cleaning until a friend told her it had improved her allergies.

“I figured common sense said, if there’s dust on the table, there has to be dust in the vents,” Wetzel says.

After hiring a highly rated cleaner she found on Angie’s List, Wetzel was very pleased with the results. She says she noticed an immediate improvement in air quality - everyone in the house suffered fewer allergies afterward - and the entire HVAC system worked more efficiently.

“We used our air conditioner less in the summer because it had so much more airflow,” she says. “And we used the heater less during an incredibly cold winter.”

Despite such anecdotal experiences, there’s no scientific evidence that regular duct cleaning improves air quality, according to a 1997 brochure published by the Environmental Protection Agency.

An ounce of prevention

Checking air filters at least every two months and changing them when needed prolongs system life.

EPA suggests using the highest-quality filter recommended by your manufacturer. NADCA says not to skimp on price; better filters block more particles and last longer than cheap ones. “You can go to the hardware store and choose between a good $20 filter or a blue stringy one for 69 cents,” Sheppard says.

“You can practically see right though them. Our guys call them bowling-ball catchers, because smaller particles are going to blow right through.”

Laureen Burton, senior scientist in the EPA Indoor Environments Division, says that while the document is more than a decade old, the science hasn’t changed and the agency stands by its recommendations.

“Checking and changing filters, keeping systems maintained, having regular inspections, and ensuring moisture doesn’t get in are more important.” She says.

However, both EPA and the National Air Duct Cleaners Association which represents more than 1,000 cleaning companies nationwide agree that there’s some value in the work.

Buck Sheppard, NADCA president and duct cleaner in Portland, Ore., says the association consulted on the EPA pamphlet and agrees with all but one of its findings.

“Where we differ is on how often it should be done,” he says.

The EPA does not recommend that air ducts be cleaned routinely, but only as needed such as when mold, pests or excessive debris clutter the system.

According to a recent online poll, 13 percent of Angie’s List members have their ducts cleaned routinely, but 60 percent do so only if serious problems develop.

NADCA experts argue the need for cleaning depends on a variety of factors, including pets, smoking, recent renovations, local weather conditions and overall home cleanliness. Sheppard recommends cleaning them every three to five years. He says a good contractor will offer to do an inspection beforehand for a nominal charge, if any, to see if a cleaning its necessary.

NADCA executive director John Schulte says the organization’s standards dictate that a cleaning doesn’t just sweep the ducts, but addresses every component air passes over, including coils and the central system.

The task involves at least a couple of workers, several hours and costly equipment, which is why it generally costs $400 or more, according to EPA and NACA.

A thorough cleaning can yield long-term energy savings. Bob Baker and Ross Montgomery, who study air quality and energy efficiency for the American Society of heating, Refrigerating and Air-Conditioning Engineers, say their research shows dirty coils and blowers in commercial buildings can cut efficiency by as much as 40 percent. NADCA expects to complete its first residential energy efficiency study within the year.

Sheppard calls duct cleaning an essential part of home maintenance, akin to mopping and vacuuming. “Because it’s out of sight, people don’t think about cleaning the system that delivers the air they breathe,” he says.

EPA and NADCA agree that if you do hire someone to clean your air ducts, make sure they know what they’re doing a poor job is worse than no cleaning at all, as it can kick up particles or even break portions of the HHVAC system. EPA recommends all duct cleaners follow NADCA standards.

Customers can look up NADCA members at nadca.com. Member companies must keep at least one technician on staff who has passed a NADCA test.

Tom Bergendahl of Wakefield, Mass., wishes he’d hired a reputable service to clean his air ducts instead of a local company that has since gone out of business. “Duct cleaning is a fragile operation, and if you don’t do it right, you can damage the system,” he says.

“They completely wrecked the motor.” The company eventually paid to repair the damage, but Bergendahl still doesn't feel the work improved air quality or energy efficiency. “Why did I even bother?” he asks.

Despite Bergendahl’s experience, Sheppard says NADCA’s certification standards, developed in 1992, have improved the situation. “A lot of (service companies) weren’t going about it the correct way,” he says. Other organizations have also established guidelines.

The EPA’s brochure available online provides a post-cleaning checklist, and in 2007, the Air Conditioning Contractors of America published criteria for HVAC service providers.

While none of the groups claim health benefits from clean ducts, many Angie’s List members report and improvement. “I haven’t woken up stuffy or congested since,” says Margaret Hopkins of Glen Ellyn, Ill. “After the cleaning, my home smelled better and there was less dust on my furniture.”

Experts say research on the health benefits of residential duct cleaning is still in its infancy. Glenn Fellman, the Indoor Air Quality Association’s executive director, says that despite the lack of scientific data, he’s seen and heard much common-sense evidence of improved air quality. “This is the heart and circulatory system of your house,” Fellman says. “If any of it is gunked up with dust or mold, the core system isn’t going to function correctly.”

Ultimately, the decision to clean air ducts comes down to a homeowner’s own judgment. “Get a screwdriver, open up the register and look in there yourself,” Schulte says. “Most can make up their mind at that point.”

Duct systems that are properly sealed and insulated can make homes much more comfortable and energy efficient. Sealing and insulating ducts can improve the efficiency of a home’s heating and cooling system by as much as 20 percent.